GM Thought of the Day: How digital online apps are seeing the advantages of self-isolation…

Anyone with access to social media over the past week will have seen the sheer rise of friends and influencers using platforms such as Tik Tok to stave away the boredom, so we had a look into the data behind it… 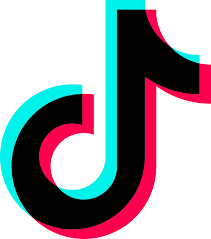 212.4 million….What is this stat I bet you are wondering.

Well it is TikTok’s current global monthly active users, up 7.8% across the past 30 days. Not surprising considering every time we check into our social feeds you may be seeing either friends or celebrity influencers logging into the platform to stave away boredom during this self-isolation period.

TikTok, the short-form video platform has whipped the youth demographic up into a frenzy over the past year or so (with many users no doubt falling below the 13-year-old age restrictions). Previously the key entry point for advertisers was via influencer activity. However, they have just given the green light for advertisers to buy their ad inventory programmatically via The Trade Desk across 11 international markets.

This of course may bring fresh concerns regarding COPPA and GDPR-K compliancy. As this change will let advertisers reach audiences more easily and with more precision (according to some of the partnership’s early adopters), pulling TikTok’s delivery data into The Trade Desk’s unified platform. Meaning that performance can be compared directly against other publishers running similar activity, whilst removing many external factors.

Quite timely for the app during a period where governments across the globe are closing schools due to COVID-19, which will no doubt result in a sharp increase in social media usage as more young people are forced to stay at home.

While this change has currently only been rolled out in Asia-Pacific markets, including Russia and Australia, the move certainly indicates TikTok’s intentions to ramp up ad revenue across their platform and it would be fair to assume that this move will be coming to more European territories over the coming months.

While TikTok’s dominating presence in Asia makes the continent an ideal sunrise for this initiative, sceptics will say that the company is biding its time until it rebuilds the damaged trust of many of the Western markets. This follows a difficult 2019, after the video platform found itself at the centre of numerous controversies, spanning from the misuse of children’s data – culminating in a $5.7 million fine – through to their lacklustre attempts to curb online predators within their app. Still to this day, we have witnessed some risky content being uploaded so any advertisers wanting to speak to youth audiences need to also be conscious that there is still a level of risk associated.

However, one thing is clear and it’s that TikTok’s userbase has continued to see growth and will become an increasingly important platform for advertisers to connect with the tricky-to-reach youth market at scale. But not only the youth markets as there may also be the potential to connect with parents following a small trend of mums and dads wanting to get in on the action whilst off work. But will this mean TikTok could follow a similar route as Facebook and see younger audiences leaving the app if their parents start bombarding their pages with embarrassing music videos? Until more data becomes available it will remain to be seen but watch this space.

And it’s not just TikTok that are seeing the benefits, other sites such as Twitch, the popular live streaming platform for gamers, has registered growth in videos played. For example, comparing w/c 3rd February to w/c 16th March, the UK saw a +24% increase with the likes of Spain and Italy sighting a +72% and +74% increase respectively.

At Generation, our digital specialists as well as our international planning team look to maximise the efficiency of our clients’ media budgets to ensure that we collectively achieve the business goals. If you want to hear more about this platform and how other digital sites are performing in this time of social distance, please do let us know.