GM Thought of the Week: VOD up, linear down as new platforms continue to grow – Ofcom Report 2019 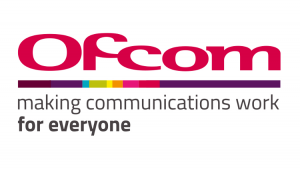 The key highlights from Ofcom’s “Children and parents: Media use and attitudes report 2019”

Once again reports of Linear TV’s demise have been widespread following the publication of the latest Ofcom report for 2019 (covering 5-15 year olds). The increased accessibility and availability of competing/complimentary platforms means marketing strategies of course now require a multi/omni-channel approach. But is TV still deserving of a place in 2020?

According to the report, 80% of 5-15 year olds viewed VOD content (Netflix/Amazon Prime/iPlayer/etc.) in 2019 placing it as the number 1 viewing destination in terms of reach, surpassing the 75% achieved by live broadcast TV. Unsurprisingly the % of VOD viewership increases as children get older, with 12-15 year olds at 88%. However, comparing this to data provided by Giraffe Insights as part of their Kids and the Screen study, it seems as though this trend could soon be reversed for some platforms. Netflix for example has been particularly successful in engaging 2-3 year olds thanks to the way it is navigated pictorially, with 16% of this audience accessing in H1 2019 compared to just 13% of 8-9 year olds. This has helped Netflix to grow its market share by almost 100% over a period of two years.

Live broadcast’s TV has been further emphasised by the amount of time children are willing to spend viewing, which has fallen by over an hour to 7 hours 56 minutes per week (from 8 hours 59 minutes) for H1 2019. This marries closely with the BARB reported data (which was reporting 7 hours 27 minutes for children 4-15 for October 2019).

Not only has live broadcast TV been overtaken by VOD, but it is tied for second place with YouTube with 75% of 5-15 year olds viewing content on the platform. In fact, for 12-15 year olds YouTube is number 1 with 90%.

However what the report neglects to breakdown is the sheer extent of platforms and channels both VOD and YouTube sits across. VOD in particular as a category, has grown so substantially as a direct result of huge increase in means of accessing On Demand content, be that via the different providers (Netflix/Amazon Prime/iPlayer/etc.) or platforms (Tablet/Mobile/Connected TV/etc.). So whilst total penetration has increased, coverage by VOD platform (or YouTube channel for instance) is much smaller. This is why we highly value the Kids and the Screen data to provide us with the complete viewing picture when it comes to 2-12 year olds. This allows us to see that despite the undeniable declines in traditional TV, it still remains the number 1 destination for all age groups when it comes to viewing with live and recorded TV accounting for 36% of all viewing occasions in H1 2019 (YouTube, number 2 by this metric accounted for 21% (inclusive of YouTube Kids).

Whilst this remains the case, and the cost remains as efficient as it is currently, it will still play a significant and leading role in the majority of advertising campaigns directed at children. Linear TV’s importance is elevated further when you consider that Kids and the Screen reports that live and recorded TV accounted for 53% of all adverts recalled by 2-9 year olds in H2 2019. VOD and YouTube will also be prominent, potentially permanent fixtures, and let’s not forget the multitude of other offerings with growing appeal, fronted by the infamous TikTok.