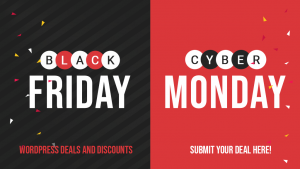 Every year America enjoys the massive sales uplift that follows the heavy price promotions and flash deals of Black Friday. In the UK on the other hand, we’ve always been slightly more hesitant of the supposed ‘bargains’ on offer, with articles in the build up to this year suggesting the UK public have become fed up with the bogus discounts on offer over the period.

Reports seem to have misinterpreted public opinions this year though. Barclaycard, who account for around a third of all card transactions made in the UK, saw a 16.5% uplift in transaction value over Cyber Monday YoY. The sales uplift has come as a huge relief for the retail sector which has seen over 1,000 store closures in the first 6 months of this year and experienced a much slower start to Christmas spending than previous years.

At the forefront of the success of the Black Friday weekend is Amazon. The company announced in a recent press release, Cyber Monday this year has been the biggest sales day of the companies 25 year history. Their Global top selling categories included Toys, Home, Fashion and health, with products like LEGO Star Wars Darth Vader’s Castle, Monopoly Frozen 2 edition and a few popular Hasbro games like Jenga and Guess Who? taking the top toy sellers lists.

Not every product bought over Black Friday is on discount, consumers are just becoming savvier with their shopping habits and waiting to see if the price drops before they do purchase. America is still leading the way when it comes to e-commerce advertising, but it’s becoming increasingly important for brands to reach audiences at the point of sale online. Equally however, we also need to take into account the increased competition for attention during this vital period, and the consequent effect this has on inflating the costs of generating an action.

Despite this however, the continued success of key shopping periods like the Cyber weekend should be a key consideration on all plans moving forward.