Christmas scheduling drew many people back to linear TV, including children of all ages, but what was the number 1 show? 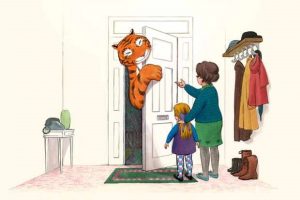 Christmas 2019 definitely proved to be the season to grab a tin of Quality Street and settle down in front of the TV with the family, with TV viewing figures suggesting that is exactly what large proportions of the population decided to do.

National press were quick to pick up on the success of Gavin and Stacey, which finished the year as the number 1 broadcast on linear TV. Over 12 million viewers tuned in during the live broadcast on Christmas Day, with this figure rising to a staggering 17.1 million once recorded viewing is taken into account. Important to note is that over 1 million of these viewers were children aged 4-15. Despite this significant children’s audience, when it comes to children’s viewing it was still beaten by some adaptations of classic children’s stories. Whale and the Snail, another triumph for the BBC, amassed 1.6m children 4-15 viewers on Christmas Eve.

On the commercial front Channel 4’s The Tiger Who Came To Tea topped 1.3 million children 4-15 – this was a 64% share of all children watching TV at the time. It also ranked as the #1 show for the housekeepers with children audience, commanding a 53% share of the available audience and demonstrating the still existent appeal of dual viewing occasions.

There were other notable commercial successes in the form of classic Christmas movies, with Home alone (C4), Home Alone 2 (C4) and Elf (ITV1) all attracting children’s audiences of over half a million.

Advertising in programming of this type does of course attract premiums compared to the traditional children’s, so it was encouraging to see content on these channels perform exceptionally well. Over the Christmas holidays, Mr Bean (CITV), Paw Patrol (Milkshake) and Peppa Pig (Milkshake) all averaged over 100,000 children 4-15 and demonstrated the appeal linear TV can have for family audiences when scheduled well during key periods.