Thought Of The Week

With so many disparate businesses cropping up in the Digital Media space, the choice advertisers...

GM Thought of the Day: How COVID-19 is changing the way we consume content

The COVID-19 emergency is changing the way we consume media, with cinema as the main “casualty” within the international media landscape, at least in the short term. Are these changes here to stay? Some trends observed in China are offering some interesting clues. 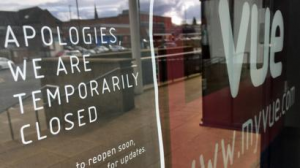 Whilst witnessing linear TV’s ratings going up in the U.K., I’d like you to spare a thought for the bigger “loser” of the media landscape: cinema.

Whilst nobody can tell when cinemas will reopen in U.K. and Europe in general, we’re looking at China, the only country where a post COVID-19 life seems to be finally resuming, for an indication of how things will evolve in the rest of Europe. Indeed, there are quite a few media trends being observed in China that are useful to reflect upon.

It’s worth noting that the health emergency forced China to close their cinemas around New Year’s Eve, traditionally the most profitable time to release the biggest Hollywood studios titles. This translated into a loss of approximately 2 Billion US Dollars at Box Office.

Since then, the Chinese audience has satisfied its appetite of cinema content utilising streaming services such as: Baidu, Tencent, or Alibaba (iQiyi, Tencent Video and Youku).

Some bespoke local research indicates that, whilst almost all (97%) of the people surveyed have not missed out on movies whilst in quarantine or lock downs (utilising streaming services), they have definitely missed the cinema experience, with more than half (54%) being keener than they were before COVID-19 to watch films again in theatres.

have been released straight to streaming platforms, with disaster movies such as “The Flu”, “Contagion” and “The Captain” amongst the most popular…

In Europe we are registering similar trends, with studios releasing straight to Netflix or Amazon Prime, bypassing cinema. Whilst this would have ticked some boxes from a financial standpoint, no streaming service can guarantee the level of exposure, the status and the experience of a theatrical release. Not to mention that several retail partnerships and promotions that would have been compromised by this kind of release strategy.

Across several European territories we are seeing streaming services that are capitalising on a higher viewership linked to enforced lockdowns, often testing the existing infrastructure and having to scale back their bandwidth consumption by 25%, following the EU commission requests.

We are seeing change now in consumer content consumption, but will these changes become permanent after the pandemic? Or will people, like those in China, be ready to return to the comfort of their previous normality and embrace experiences that will allow for social interaction, such as cinema, theatre and events?

And finally, when will cinemas reopen in China? The most optimistic are saying that cinemas will reopen in April. The more realistic are forecasting a June/July reopening.  And for Europe, that is anyone’s guess at this stage.

Whatever the date, there is a huge desire to go back to normal across the world, with what we are sure is a renewed appreciation of things once given for granted. Humans after all are social beings who crave interaction and shared experiences.

We at Generation Media are forward looking and feeling optimistic. We are working with our clients on building stellar cinema, events and experiential roll outs, for when life returns to some form of normality.

Stay safe everyone and stay at home.